History of the Welcome House

A Chicagoan by the name of Johnny P. first brought Alcoholics Anonymous to Kansas City in April of 1941. With a few letters of introduction in hand, he met a number of gentlemen who likewise suffered from addiction. Their first formal gathering was held in the Victoria Hotel at 9th and McGee, and from there the first local AA group was born. Many spin-off groups would soon follow suit, including one for women struggling with addiction. Dr. Miles N., an initial member of AA, would leave the group a year later to form the “Shrine on the Hill.” The organization provided much-needed detox work for those who were down and out with no place to turn.

In 1970, John Cashen, Jack Broderick, Sam Campbell, John Mullane, Jim Parks, Bob Holmes, Jack Dalton, and an army of others decided there was a need for a new Alcoholics Anonymous group. Most of the group had extensive 12-step knowledge and some detox experience through Shrine on the Hill. These straight-talking, no-nonsense men first met above Milton Bar on 32nd and Main and called themselves Performance III or “P III”. It was a rough-and-tumble, loud, gregarious, and often profane group, and each member had surmounted many distinct obstacles in finding sobriety. That gumption would serve them well as their grass-roots efforts began to grow.

In keeping with the 12th Step—carrying forth a message of abstinence to other alcoholics—the men of P III set out to help those in need. Absolute acceptance and non-judgment permeated their efforts. The group sought out men in homeless shelters, under bridges, and anywhere else the addicted and forgotten might be found. Their commitment was relentless, and they toiled to save lives at all hours of the day, every day of the year.

While those suffering from addiction were easy to locate, providing them with effective and lasting steps to sobriety was far more challenging. P III was frustrated in its attempts to help these men (and their families), due to the inability to place
them in a sober, supportive home environment. Most had nowhere to go, as many had been asked to leave home because of their drinking. They needed round-the-clock assistance and aid.

To solve this problem, P III began renting rooms in rundown hotels in downtown Kansas City. To cover the costs, the group would pass the hat at its AA meetings, and everyone gave what they could to scrounge up the few dollars in expenses.

In 1971, P III secured permanent housing in a 2-story, 3-bedroom house at 2540 Holmes. The home was small, rather tacky, and prone to insects, but the end result was all that mattered: Welcome House provided a clean and safe space for men to find sobriety, get back to daily functioning, and eventually hold down a job and look after their responsibilities.

After also acquiring the house next door, capacity expanded to 16 men. The extended structure lived up to its name: An expansive front porch stretched across both homes and a sign proudly bore the charity’s name. In just 3 years, Welcome House had become a vital resource in the recovery community.

The men of P III were committed and “hands on” in their efforts—bringing residents to meetings, helping them find jobs, sponsoring and counseling them along a sober path of recovery. As residents realized the benefits of sobriety (and stability), they were asked to pay a subsidized rent, so others could receive the support they desperately needed. The men of P III believed there was dignity in paying your own way and earning your keep. They also refused any government subsidy to fund their mission and relied on private donations to make up any shortfall.

The home was a true labor of love and depended entirely on donations and sweat equity from people of all walks of life. The Union heavily supported Welcome House’s efforts, as well as those who’d completed the program. (There was even the odd bit of assistance from the mob!) A militia of men worked all hours of the day and night providing used clothing, food, a hodge podge of furniture, and repair work to keep the organization going. No helping hand was denied.

At capacity for the next decade and at continuous need for more beds, Welcome House purchased a 3-story apartment building at 27th and Charlotte. The brick structure doubled the capacity to 34 beds and offered more space in which to
spread out—including a half dozen outside decks offering fresh air and views.

In 1986, the current property at 1414 E. 27th Street was purchased from Catholic Charities. Fittingly enough, the building had formerly been the Fairmont Maternity Hospital and then St. Anthony’s Home for Infants. The structure would once again serve as a haven for second chances; after undergoing remodeling, it grew Welcome House’s total capacity to 82 residents.

The home has continued to undergo repeated improvements; dingy, nicotine-stained walls have been re-painted, tile and carpet replaced—as well as the bedroom furniture. Just as the building itself underwent slow renovations, so did the Welcome House recovery program.

The organization is now staffed with trained and certified employees, most of whom have walked the paths of addiction and recovery themselves. Residents are now treated to a program that is highly regimented and rigorous, requiring them to live by house rules, work the 12 steps with a sponsor, attend meetings and rehabilitative workshops, participate in recovery coaching and mentoring sessions, find jobs, and more. Accountability and personal responsibility are paramount, leading to a much higher level of success.

In addition, Welcome House has begun to treat the entire person, not just the addiction. Understanding the role mental health and co-occurring issues play in the addiction and recovery journey, the Welcome House program now uses clinical
assessments and other screening tools, as well as an electronic health or program record and referral system, to help identify residents who may need additional assistance and connect them to those resources. Today’s Welcome House Core Recovery Program aligns with best and evidence-based practices in the treatment of substance use disorder.

Since its’ humble, rag-tag beginnings, Welcome House has evolved into a respected and professional sober living recovery program. The charity has received more than $8 million in private donations, served over 1.4 million meals, held over 44,000 12-step meetings, and helped more than 17,000 men seeking sobriety and a place in which to turn their lives around. The men of P III believed that every man deserved a second chance, and that service to others, lending a helping a hand, and paying your own way was, and is, the path to living a rich and fulfilling life. Sober. 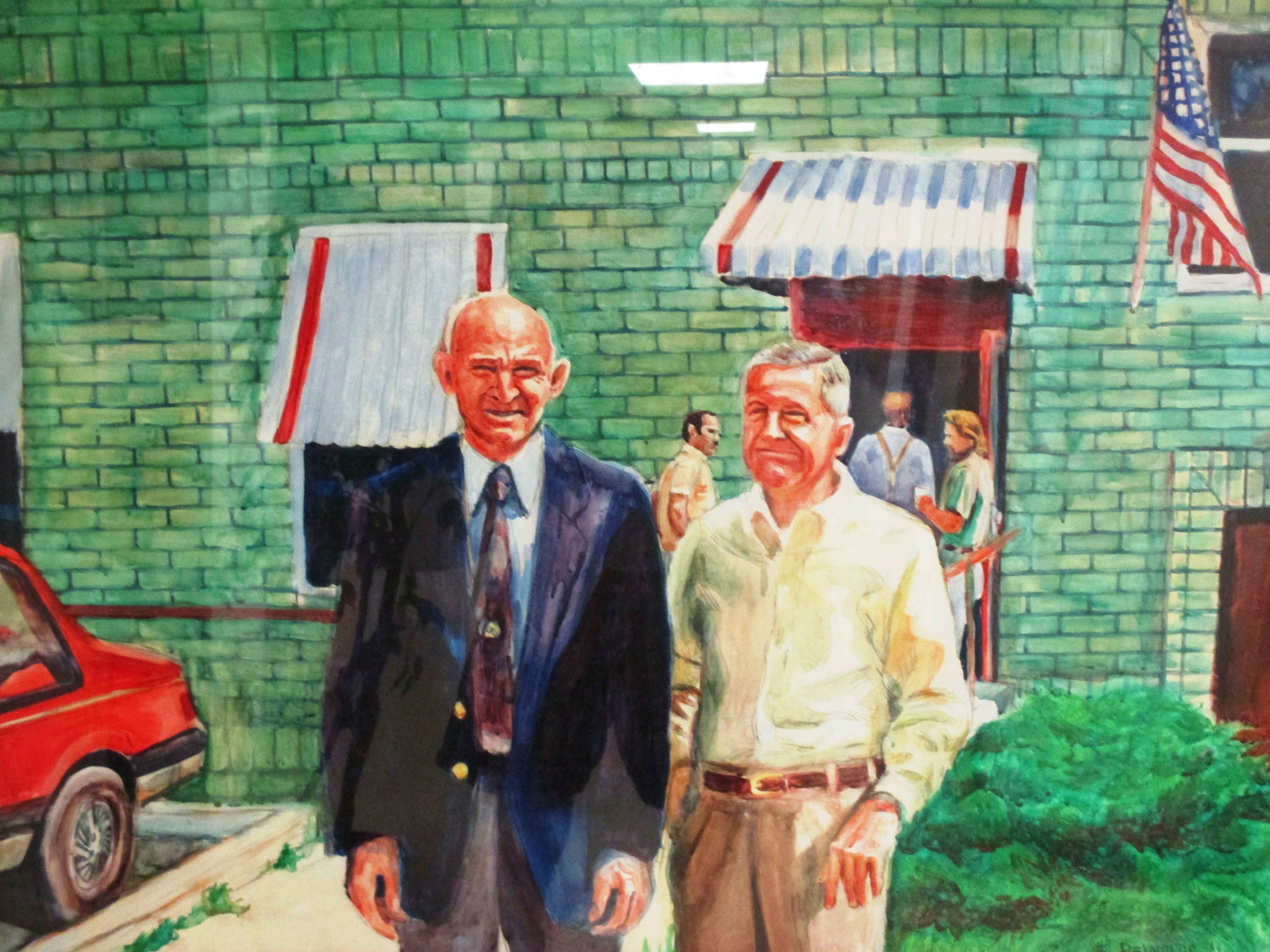 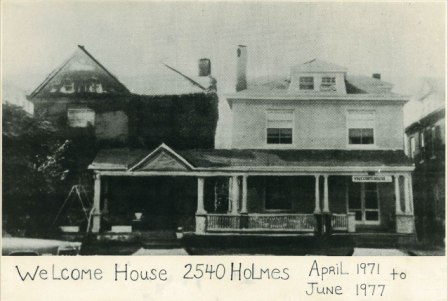 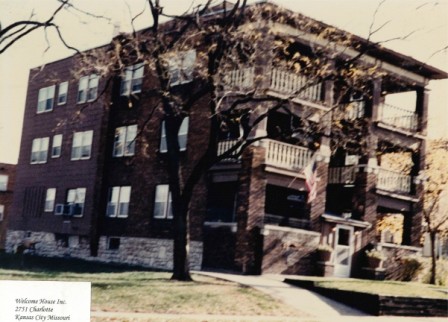 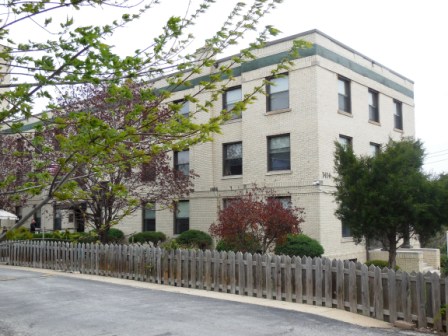